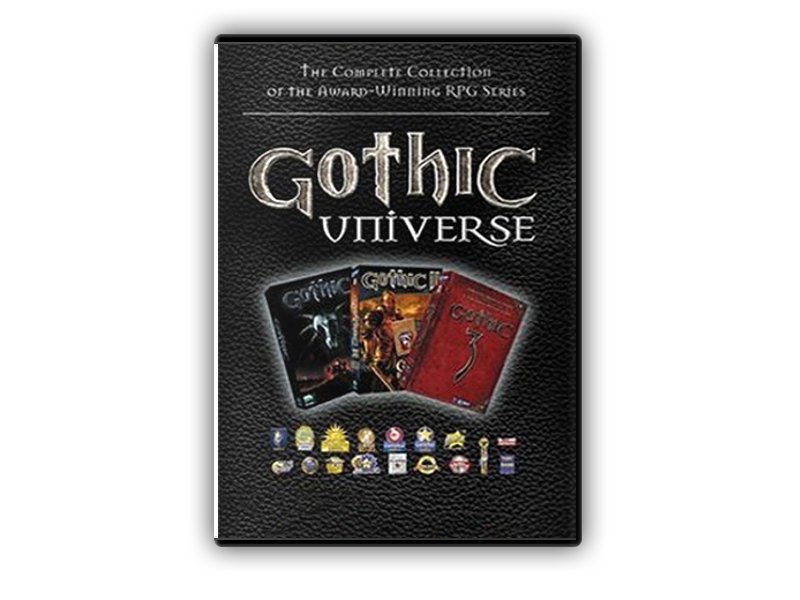 The legendary fantasy saga in one pack. As the Nameless travel the world and live amazing adventures full of magic and intrigues. Save the world more than once... show more

The legendary fantasy saga in one pack. As the Nameless travel the world and live amazing adventures full of magic and intrigues. Save the world more than once in Gothic Universe edition.

Gothic I - War has been waged across the kingdom of Myrtana. Orcish hordes invaded human territory and the king of the land needed a lot of ore to forge enough weapons, should his army stand against this threat. Whoever breaks the law in these darkest of times is sentenced to serve in the giant penal colony of Khorinis, mining the so much needed ore.

Gothic II - You have torn down the magical barrier and released the prisoners of the Mine Valley. Now the former criminals of the forests and mountains are causing trouble around the capital of Khorinis. The town militia is powerless due to their low amount of force–outside of the town, everyone is helpless against the attacks of the bandits.

Gorhic 3 - Myrtana, a world in upheaval: overrun by orcs from the dark lands in the north, King Rhobar is defending Vengard, the former stronghold of the humans, with his last troop of followers. Chaos reigns without: rebels are offering resistance, and the Hashishin of the south are openly collaborating with the orcs.