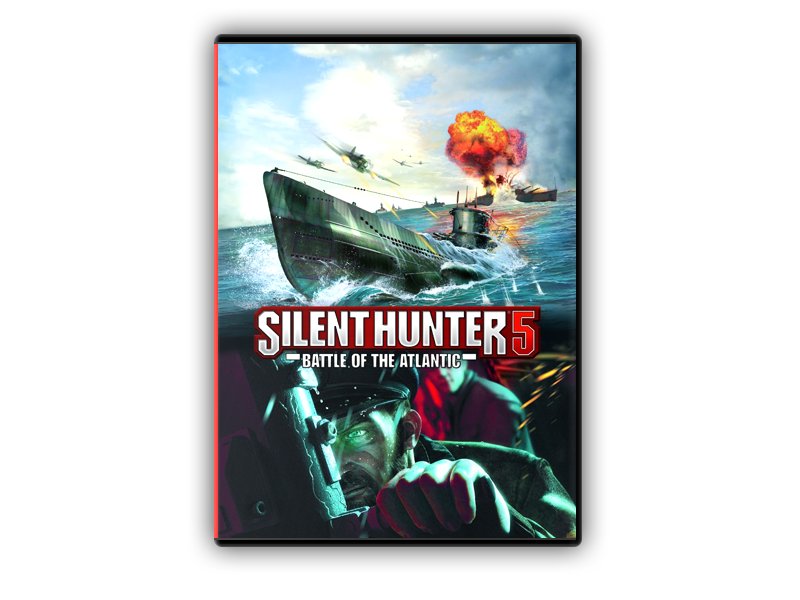 Silent Hunter 5 is another installment in one of the most popular submarine simulators set in World War II. In the fifth part of the cycle the developers s... show more

Silent Hunter 5 is another installment in one of the most popular submarine simulators set in World War II. In the fifth part of the cycle the developers send us into waters of The Atlantic Ocean and The Mediterranean Sea. There, as a commander of a German Type VII U-boot, you hunt Allied vessels. The campaign is dynamic, which means that all your actions, successes and failures have direct impact on how it unfolds. It is also noteworthy that throughout the campaign you take part in historical naval battles.

One of the biggest innovations introduced in this part of the series is fully interactive interiors of submarines. Here, the control system reminds of FPS games. WSAD keys are used to move around, while the mouse lets you look around and click on interactive elements. This set is used for most activities. In order to use different devices, first you need to approach them, whereas torpedoes are launched only while looking through the periscope. You also have to use your feet to get to tower. Because of this, you cannot do everything by yourself. Also, there is often something big happening away from you. This, combined with much slimmer keyboard shortcuts, more than ever necessitates relaying on your subordinates. FPP mode is also present in harbors, where you can have a conversation with non-player characters to fill gaps in arsenal, refuel your submarine, or take new missions.

Another novelty is crew morale. Each command makes it drop a little, so in order to keep the vessel fully functional, you have to raise morale e.g. through successful torpedo attacks or fulfilling mission objectives. Besides, the game features crew progression system. After each mission you get a certain number of experience points and abilities, which you can distribute among your crew members. This, in effect, influences speed of following orders, better work of the Diesel engine, accuracy of torpedoes, etc. Moreover, each member of the crew is a unique personality with his own name, biography, abilities, and character. Thus, a rookie may be teased by older mates, and someone may cut stings in the cook’s violin. You can have a chat with each character. This way you not only give out orders, but also learn interesting information about your interlocutors. If you show them you care about their needs, their morale will increase. Along with game progress your men gain new abilities and improve the ones already possessed.